DISCLAIMER: I have not been my best blogging self lately. It's usually a matter of scrounging up photos that I happened to take during an activity.  I wanted to post about this one so I could pin it on my own Pinterest board for July next year : )  I tend to organize my boards by month so that it's easily referenced according to seasons and holidays.

Bl brought in an American flag for "America's birthday" on Tuesday.  This inspired the children to make American flags of their own, with their unique creative twists, of course. 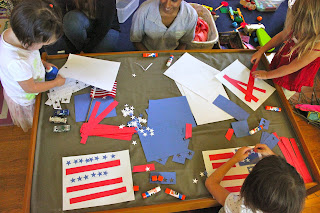 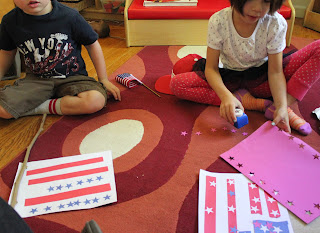 One of my long time friends and mentors, Diane, used to say that when we put out activities that are open-ended, they will appeal to children of all ages. I find this to be very true, and children use the materials according to their level of development.

The following are the "final products" of a 3.5 year old and a 5 year old. Can you tell which is which? 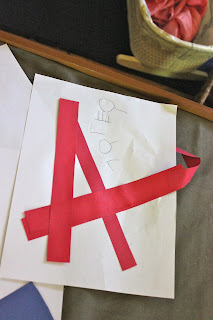 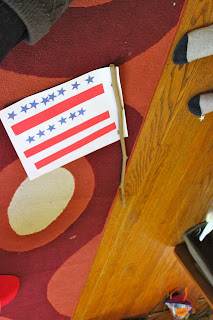 Guada also found this to be true when she put out a shaving cream block activity.  She presented the materials and the idea of sticking the foam blocks together with the shaving cream. Which do you think is made by the 3 year old versus the 5 year old? 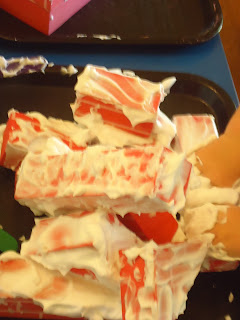 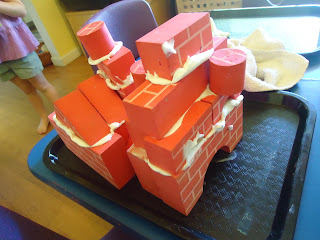 Well I can't say for sure, but they both stayed at the station for an extended period of time, indicated to me that fun and learning were taking place! 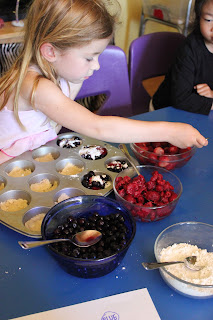 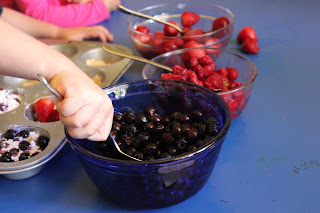 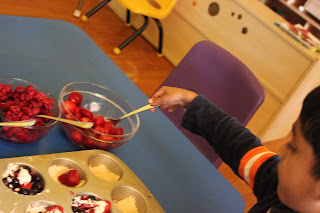 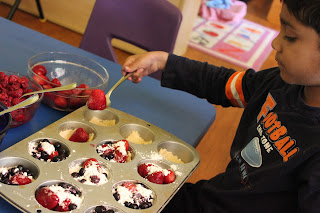 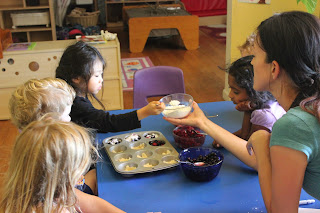 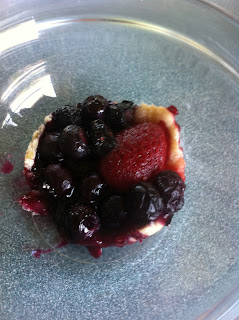 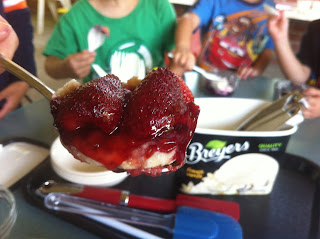 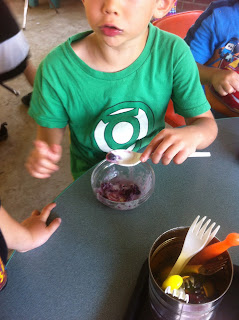 How we did it:


We started this activity as the children awoke from their naps, and the snack was ready by afternoon snack. Total elapsed time, roughly 1:15. I did the pie crust while they were napping so it could take a little longer if you do that part with the children.